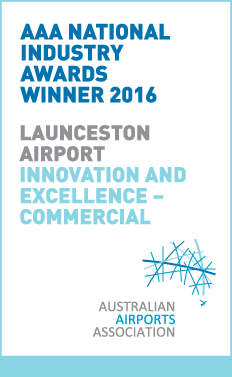 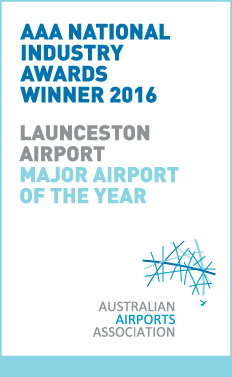 Launceston Airport has been recognised as one of Australia’s most innovative airports, in addition to winning the Major Australian Airport of the Year title at the Australian Airport’s Association (AAA) National Airport Industry Awards, held at a gala dinner at Parliament House in Canberra.

It was Launceston Airport’s celebration of the best of Tasmania in their recent Retail Transformation Project, that saw the airport take out the coveted national award of Airport Innovation and Excellence (Commercial).

This is the second consecutive year that Launceston Airport has taken out the Major Airport of the Year award. In accepting the award, Paul Hodgen, General Manger (Launceston Airport) remarked, "This is the culmination of what has been a tremendous year for Launceston Airport. It has seen us deliver a significant improvement to the ambience, ‘sense of place’ and visitor experience at our airport, which is the tourism gateway to Tasmania's north. Through our retail transformation project, our airport now creates a powerful first or last impression for visitors to Launceston and Tasmania as a whole, celebrating their unique Tasmanian travel experience”.